Free Quote
Customer-Focused Interstate Movers Since 1928
With a focus on courteous and dependable service, we'll exceed your expectations for a state-to-state move. 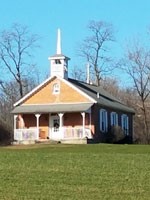 Like many communities in Pennsylvania, the city of Lebanon has a long history that dates far back. Founded by George Steitz in 1740, and originally named “Steitztown”, Lebanon was home to a major steel mill operated by the great Bethlehem Steel. The Reading Railroad (Lebanon Station) also traveled through this area for many years. The station was built Shingle Style by the Reading Company in 1900, and it consists of two sections connected by a large, hipped-gable roof—with the smaller section containing a two-story octagonal tower and the larger section featuring an 80-foot octagonal tower rising above the station. This beautiful structure was added to the National Register of Historic Places in 1975.

A second railroad station (the Cornwall & Lebanon Railroad Station) was built in 1885 by the Cornwall & Lebanon Railroad, which was acquired by the Pennsylvania Railroad in 1918. This is another magnificent two-story brick, brownstone, and terracotta building designed in 17th century Victorian Style, and it was added to the National Register of Historic Places in 1974.

This hand-built engineering marvel is a National Historic Landmark, and at the time of construction, it was considered a feat that was almost unknown in this country. Drilling was done by hand and blasting was done with gunpowder to get through the slate rock and incredibly hard limestone, going down to depths of 80 feet below the ridge. The work progressed at five lineal yards per week! The tunnel is open to visitors in the Union Canal Tunnel Park, and private narrated tours can also be booked.

With over 90 years in the industry, the Lebanon interstate movers at O’Brien’s Moving & Storage know how to plan and execute successful residential moves out of state. Our state to state movers are fully trained and highly experienced, and we’re proud to be one of the few Lebanon interstate moving companies that is a long-term, award-winning Interstate Agent of Allied Van Lines.

Whether you are moving across the border to a neighboring state or taking your family on an adventure to a completely new area of the country, you can count on our expert interstate movers for:

Get Started Today with a Free Quote for Lebanon Interstate Moving Solutions!

When it comes to interstate movers, Lebanon, PA residents know that O’Brien’s Moving & Storage is the name that they can trust to deliver full-service support that helps them get to their destination. If it’s time to plan your move from the Lebanon area, contact us today to learn more about our household moving and storage services! You can give us a call or fill out our online form now to connect with one of our friendly representatives, and we’ll get you set up with a free, in-home quote and consultation.

Get a Free Quote

Schedule your Virtual Survey today for an accurate moving quote without the visit to your home!

Move With The Best

Learn more about the award

Our customers love us and you will too!