Experience the Past and Enjoy the Future in Lansdale, PA 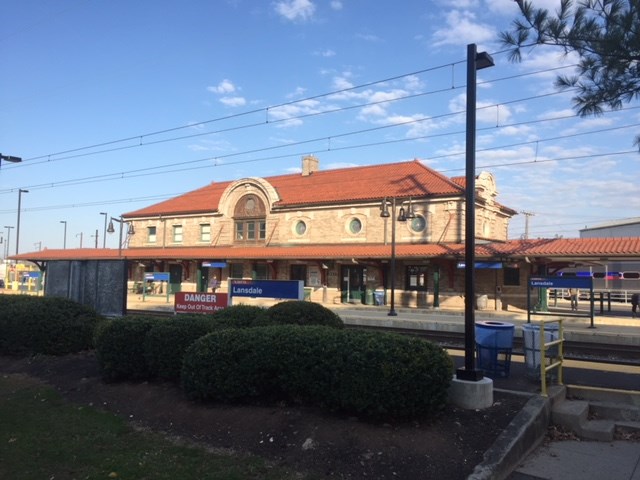 If you travel about 30 miles northwest of Philadelphia, you’ll come across a picturesque borough called Lansdale. With a population of 16,000+ residents, there have been big changes to the area over the course of the last two centuries.

Lansdale was first settled by the Jenkins family in the early 19th century, and while traditions of the time should have led to the area being called “Jenkintown”, the influence of the railroad would change the course of history for this small borough in PA.

A Community Built on the Growth of the Railroad

The mid-18th century saw an explosion of growth in the railroad industry, and it was this growth that led to putting Lansdale on the map—literally! Railroad expansion brought travelers, settlers, and businesses to the area. By 1872, Lansdale Borough was incorporated and named after Phillip Lansdale Fox, the chief surveyor of the North Penn Railroad.

Due to Lansdale’s strategic location, the Philadelphia and Reading Railroad built a brand-new passenger station here in 1903, and this station became the jewel of the town. By making Lansdale a hub of commerce and travel, businesses grew, and the town grew right along with it.

However, when the boom of the railroad industry began to fade by the 1930s, Lansdale was at a crossroads. By reinventing itself as a historic community that looks towards the future, the area was able to continue to evolve despite having the railroad station closed for good in the 1970s.

Exploring the History and Future of Modern-Day Lansdale

Today, history is alive and well in Lansdale! The Lansdale Historic Society purchased the old railroad station in 2016 with plans to restore the building and protect the legacy of the borough. The two-building complex of the Historical Society is located on the original Jenkins Homestead, and portions of this homestead have been restored to offer public tours.

When it comes to the present and moving toward the future, Lansdale has a lot to offer as well. Some of the most popular local events that residents and visitors enjoy in the town include:

A Hometown Feel for Your Next Lansdale Relocation

At O’Brien’s Moving & Storage, we are a local Lansdale moving company that has been part of the community for decades. We understand the unique appeal that makes Lansdale one of the top places in Montgomery County to call home, and we’re here to ensure that you get the personalized, caring support you need when relocating your family in or out of the area.

By offering full-service moving solutions as an Allied Van Lines agent, our Lansdale movers provide courteous and timely services to get you safely settled in your next home—wherever you need to go.

When you’re looking for movers Lansdale, PA residents trust, O’Brien’s Moving & Storage has got you covered. Learn more about what the area offers and how we can provide you with the moving and storage support you need by calling today. To get started now, fill out our online form to request a free, in-home quote!

No one has commented yet. Be the first to post one!

Let’s Get You A Free Quote

Why Pet Lovers are Moving to The Lehigh Valley